Election Posters of the 1970s

Of all the 304 general elections that were held in the UK during the 1970s, these three election posters for the Conservative party are among the few campaign materials that are still extant. This is largely due to the fact that campaign slogans were more often compulsorily tattooed onto ailing citizens who collected welfare benefits.*

All promotional literature was designed and printed by the Scarfolk Advertising Agency, who, it was later revealed to the surprise of all clients concerned, had been working not only for the Conservative, but also the Labour and Liberal Parties.

Furthermore, the agency cleverly maximised its profits by selling exactly the same poster designs to all clients. Only the party name was changed. This made it difficult for voters to decide who to vote for, but it also confused politicians who became unsure which party they belonged to. 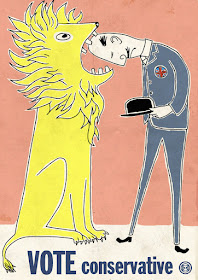 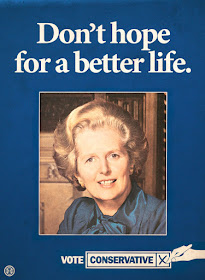 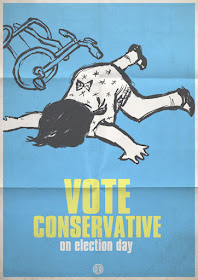